Google Inc. is penalizing Overstock.com Inc. in its search results after the retailer ran afoul of Google policies that prohibit companies from artificially boosting their ranking in the Internet giant’s search engine.

Overstock’s pages had recently ranked near the top of results for dozens of common searches, including “vacuum cleaners” and “laptop computers.” But links to Overstock on Tuesday dropped to the fifth or sixth pages of Google results for many of those categories, greatly reducing the chances that a user would click on its links.

The incident, according to Overstock, stemmed in part from its practice of encouraging websites of colleges and universities to post links to Overstock pages so that students and faculty could receive discounts on the shopping site. Overstock said it discontinued the program on Feb. 10, before hearing from Google, but said some university webmasters have been slow to remove the links.

Overstock said that it has dropped in Google’s search results. Above, an Overstock warehouse in Salt Lake City.

Internet search experts say that sites associated with educational institutions, which come with “.edu” in their Web addresses, are often considered by Google’s search algorithm to be more authoritative than commercial sites. Experts say educational sites rarely link to commercial sites, so a shopping site can surge in Google rankings if an .edu page links to it.

“Google has made clear they believe these links should not factor into their search algorithm,” said Patrick Byrne, Overstock’s chief executive, in a statement. “We understand Google’s position and have made the appropriate changes to remain within Google’s guidelines.” 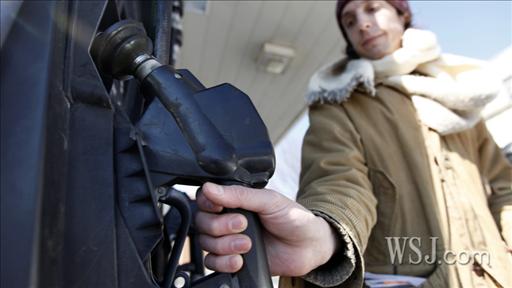 The price of oil backed off a bit as supply fears eased. Also, Boeing scores a major defense contract, AIG turns a profit for the first time in 3 quarters, and Google unveils changes to its search algorithm.

Google wouldn’t discuss details of the incident, citing a policy against discussing specific websites. A Google spokesman said its goal “is to deliver the most relevant information possible.” He added that “attempts to game Google’s ranking go on 24 hours a day, every single day.”

Many companies use a variety of techniques to try to enhance their positions in search results, a practice called search engine optimization, or SEO. Appearing higher on pages containing search results tends to attract greater attention among the many customers who hunt for goods or services through Google and other search engines. Some companies hire SEO services to help elevate their rankings.

The Overstock incident is the second move by Google in two weeks against a large retailer for allegedly violating guidelines. Earlier this month, the New York Times reported that Google lowered the ranking of links to J.C. Penney Co. in response to tactics employed by an SEO consultant on its behalf.

The retailer has said that it wasn’t aware of the tactics and didn’t authorize them. A spokeswoman said J.C. Penney terminated its relationship with the SEO consultant. She said the retailer was disappointed Google has reduced its rankings and will work to regain its standings.

In Overstock’s case, the retailer offered discounts of 10% on some merchandise to students and faculty. In exchange, it asked college and university websites to embed links for certain keywords like “bunk beds” or “gift baskets” to Overstock product pages.

The change followed a complaint by a competitor last week to Google about Overstock’s actions.

Overstock, which is based in Salt Lake City, was founded in 1999 and is known for discount merchandise. It had 10 million unique visitors last month, according to comScore.

Websites tend to rank well on Google results pages if lots of other sites post links to them. That’s a key principle behind PageRank, the original algorithm developed by Google co-founder Larry Page to help assign a ranking to websites. If many sites provide links to a particular Web page, the PageRank logic goes, that page must be important or useful.

Google’s guidelines ask websites not to participate in “schemes” that are “intended to manipulate PageRank,” and it forbids sites from paying other sites to embed certain links on their pages. Many schemes intended to trick Google’s search algorithm have included .edu links, search-engine experts say.

“There is big money in .edu links because they are ‘trusted sites’ in Google’s eyes,” said David Harry, president of Reliable SEO, a SEO specialist based in Canada.

Nowadays, social media is much more than a few pos

Don't let the noise of other people's opinions dro

“If you use your money to create exceptional pro

"People don't want what you make. They want the wa

“Leadership is the art of giving people a platfo

“The only way to get good at solving problems is

When you engage in emotional marketing, you’ll w

Your customers may be more knowledgeable about your competitors than you are!

Strategy for marketing your business

We use cookies on our website to give you the most relevant experience by remembering your preferences and repeat visits. By clicking “Accept All”, you consent to the use of ALL the cookies. However, you may visit "Cookie Settings" to provide a controlled consent.
Cookie SettingsAccept All
Manage consent

This website uses cookies to improve your experience while you navigate through the website. Out of these, the cookies that are categorized as necessary are stored on your browser as they are essential for the working of basic functionalities of the website. We also use third-party cookies that help us analyze and understand how you use this website. These cookies will be stored in your browser only with your consent. You also have the option to opt-out of these cookies. But opting out of some of these cookies may affect your browsing experience.
Necessary Always Enabled
Necessary cookies are absolutely essential for the website to function properly. These cookies ensure basic functionalities and security features of the website, anonymously.
Functional
Functional cookies help to perform certain functionalities like sharing the content of the website on social media platforms, collect feedbacks, and other third-party features.
Performance
Performance cookies are used to understand and analyze the key performance indexes of the website which helps in delivering a better user experience for the visitors.
Analytics
Analytical cookies are used to understand how visitors interact with the website. These cookies help provide information on metrics the number of visitors, bounce rate, traffic source, etc.
Advertisement
Advertisement cookies are used to provide visitors with relevant ads and marketing campaigns. These cookies track visitors across websites and collect information to provide customized ads.
Others
Other uncategorized cookies are those that are being analyzed and have not been classified into a category as yet.
SAVE & ACCEPT